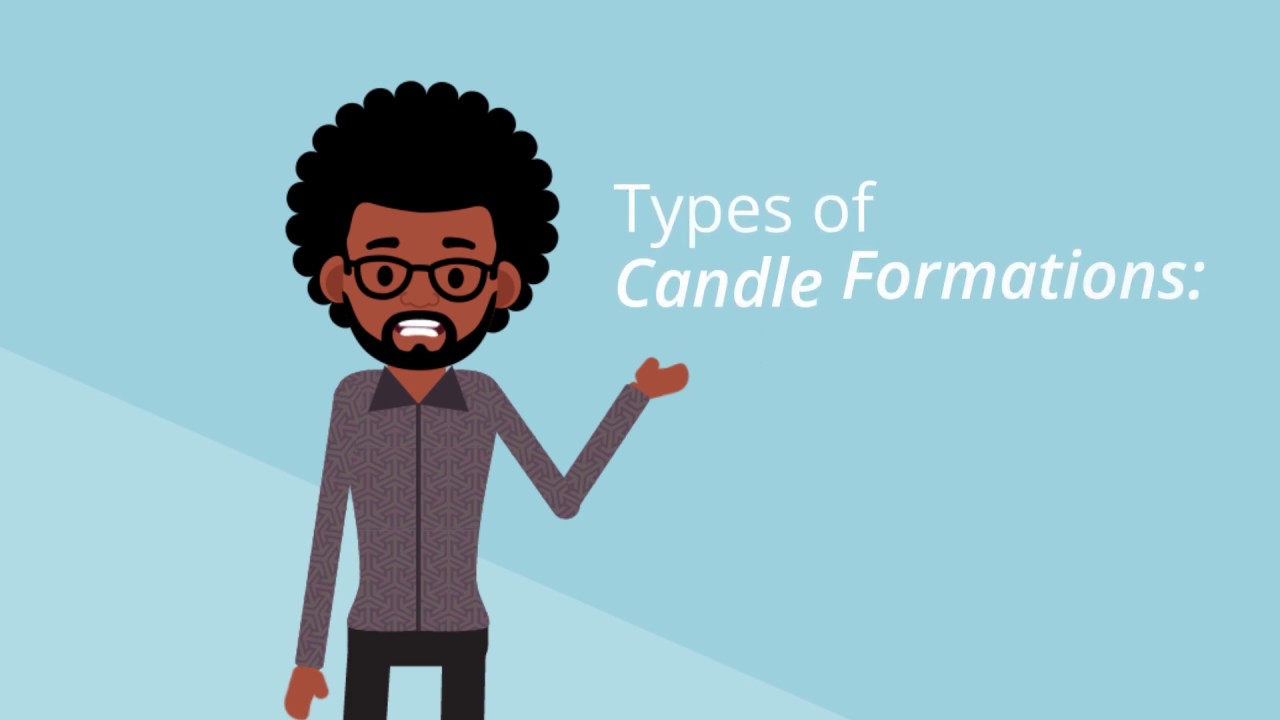 Understanding Candlestick Patterns and How They Help You Predict Price Movements

In this lesson we will unpack the information provided to us by candle patterns as they appear on the candlestick charts.

At their most basic candlestick charts give us a picture of how volatile a particular period of trading was and whether the buyers or the sellers were dominant.

If a candle is long and green this tells us that the period started with the buyers in control and remained that way as they drove prices higher throughout the period.

If the candle is long and red this is an indication of a volatile period where sellers won out over the buyers.

The less of a wick there is on a long candle the greater the control either the buyers or sellers enjoyed, depending on the color of the candle. Candlesticks which have long wicks and short bodies indicate periods where there was a lot of action pushing the market either higher or lower but that it ended closing very near the opening price.

Conversely if the long part of the wick is below the candle this means that the sellers initially pushed the markets against the buyers pushing the price down but the buyers then pushed back successfully to close the period near its opening.

Short candlesticks represent periods in the market with a market closed near it’s opening. They can represent either periods of little market activity or periods of activity where neither buyers nor sellers gained much ground.

The information the candle shows us is important as it helps us predict the movement of the next candle. It speaks to us about supply and demand.

Let’s look at important types of candle formations; the spinning top when a candle stick with a short body in the middle of two long weeks forms in the market it is indicative of a situation where neither the buyers nor the sellers dominated for that time period the market closed relatively unchanged from where it opened the upper and lower long wicks however tell us that both the buyers and sellers had the upper hand at some point during the period.

As you can see here the downtrend was punctuated by a spinning top, here the dominance of the sellers ended the buyers and sellers matched each other. When this happens it is an indication of a potential trend change.

Spinning tops indicates indecision in the market and as a results could point to a potential reversal.

The hammer and hanging man

The hammer is seen in a downtrend. Like the spinning top the hammer candlestick pattern is made up of one candle. The candle looks like a hammer as it has a long lower wick and a short body at the top with little or no upper wick.

When you see a hammer form in a downtrend this is a sign of a potential reversal in the market the long the lower tail represents a period of trading where the sellers were initially in control but the buyers were able to reverse that control and drive prices back up to close near the high of the day.

Thus the short body at the top of the camp after seeing this pattern form in the market most traders will wait for the next period to open.

If it opens higher than the clothes of the previous period this will confirm that the buyers are actually in control. Two additional things that traders will look for to confirm the significance of the pattern are a long lower wick and an increase in volume for the time period that saw the formation of the hammer.

The hanging man is the same as the hammer formation but instead of being found in a downtrend it is found in an uptrend. Like the hammer pattern the hanging man has a small body near the top of the trading range with little or no upper wick and a lower wick which is at least two times as big as the body of the candle.

In a downtrend the lower wick of the hammer represents selling pressure.

With the hammer as with most single candle patterns traders will wait for confirmation that the selling pressure has in fact taken hold.

They’ll watch for a lower opening on the next candle. Traders will also place additional significance on the pattern when there is an increase in volume coinciding with the formation of the hanging man.

They will also wait for the appearance of a longer wick

The morning and evening star

In order to have a valid morning star formation most traders will look for the close of the third candle that is at least halfway up the body of the first candle in the pattern.

When found in a downtrend this pattern can be a powerful reversal signal. What this represents from a supply and demand perspective is a lot of selling into the downtrend in the period which forms the first red candle then a period of lower trading with a reduced range.

This forms the second candle a period of trading indicating that there is indecision in the market. Finally this is followed by a large green candle representing buyers taking control of the markets.

The evening star candle pattern is a mirror image of the morning star and is a reversal pattern when seen as part of an uptrend.

The pattern is also made up of three candles; the first being a long green candle representing the buyers driving the prices up then a short green or red second candle representing indecision in the market which is followed by a third red candle down which represents the sellers taking control of the market.

The close of the third candle needs to be at least halfway down the body of the first candle. As with the Morningstar most traders will not wait for confirmation from the fourth period to consider the pattern valid.

Again traders will look for increased volume on the third period scandal for confirmation.

The larger the red and green candles are and the further the red candle moves down into the body of the green candle the more powerful the reversal is expected to be.

To summarise; candles or candle patterns tell us important information one they show us the direction of the market in that period up or down red or green. They show us pressure the buyers or the sellers are having on that period the wick or the tail.

They show potential change in the direction of the market; shooting stars, hammers ,hangman, morning stars and evening stars.

They show the trend of the market looking at the chart and all of the candles as one picture you will determine if the overall picture is up or down.

How To Open, Monitor and Close a trade on the Khwe…
Download and Login to your Khwezi Trade MT4 Platfo…
Khwezi Trade’s Welcome Deposit Bonus