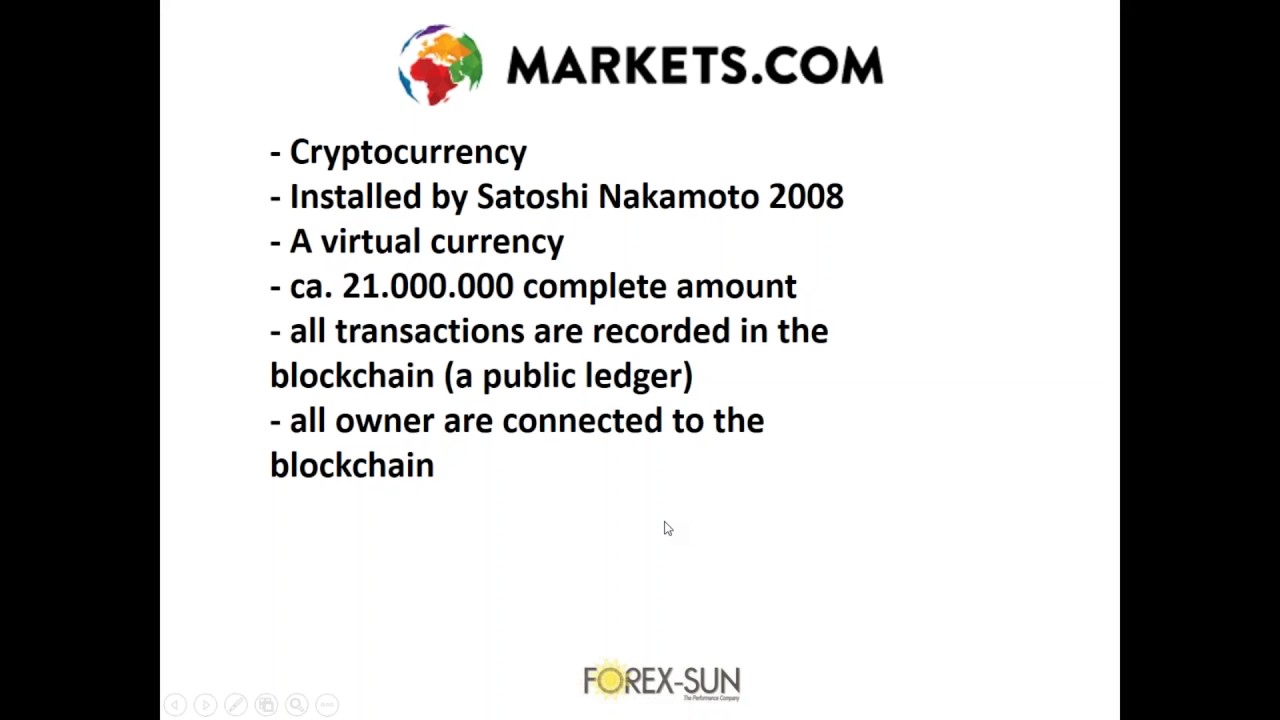 A webinar presented by Markets.com describing the cryptocurrency Bitcoin to new investors and traders as well as a live trading example looking at various charts.

Good evening ladies and gentlemen and welcome to our today’s webinar in the name of Markets.com and thank you very much for joining us.

One is the live trading and then the second part of our session but first people would like to come to a certain new topic which is quite famous in the moment you can hear it in every rated television and you can you can read it in every newspaper whatever.

It’s a cryptocurrency, Bitcoin and the market become offers you to create a Bitcoin as well but first before we before we carry on maybe one of you can give us a fine if we readable and or if you can hear me.