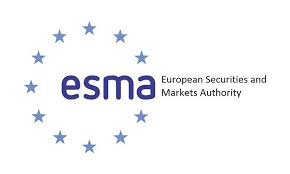 ESMA has already swept across the European continent. On paper, the new regulations are going to help the traders avoid unnecessary risks with leverage. Considering the fact that some brokers liked to put their leverages sky high, many inexperienced brokers suffered tremendous losses and got themselves in trouble financially. As in any other case, the […]

ESMA has already swept across the European continent. On paper, the new regulations are
going to help the traders avoid unnecessary risks with leverage. Considering the fact that some brokers liked to put their leverages sky high, many inexperienced brokers suffered tremendous losses and got themselves in trouble financially. As in any other case, the regulator decided to crack down on this new trend and restrict brokers from offering leverages higher than 1:30.

Big brokers are being abandoned by their customers

Big brokers around the European Continent thrived on their ability to offer massive leverage to traders. However, the ESMA regulations have inhibited that ability so much that these brokers have lost their general charm. If you look at the difference between past and present Trade.com reviews and ratings you’ll be able to see a clear pattern of activity. The markets are shifting and traders demand higher volume or volatile trading style. Something that big brokers like Trade.com cannot provide any more.

Because of these new restrictions, European traders may want to start looking for new FX brokers outside their borders in order to conduct their high volume trading. Even though the leverages bring in massive risks, they are still an effective way to trade in the Forex market. A style that many traders will find it hard to part with.

Rumors have been spreading that European traders will start going for other brokers regulated brokers. And yes, it does seem like it is happening. Some website owners reported that they have seen a great increase in traffic at the South African Forex brokers listed here from the European traders. In all honesty, this is unlikely to be the case, regarding the time difference.

Most of the EU traders are part-time traders, which means they trade during the day when the market is most active. Given the fact that at this time, most of the ASIC broker markets will be closing for the day, creates a problem.

The European traders are being left with a vacuum, which needs to be filled immediately. The US brokers won’t do for the same reason. Therefore one of the best options would be the FSB brokers.

FSB is a South African regulator. The country may be in Africa but it shares more of its culture with Europe than its parent continent. Therefore the FSB regulations may be quite familiar to the European traders. According to recent news, the FSB brokers have been doing quite well for themselves as the country is transferring to a more stabilized political environment, giving the European traders the stability they desperately need.

The attractions of South Africa

Not only will the European traders be able to trade major currencies like GBP and EUR with the FSB brokers, but they will also have access to the now famous ZAR.

The South African Rand has been one of the most volatile currencies these few years and it is showing no signs of stopping. Combine a volatile currency with high leverage rates and you have yourself two scenarios. Either you’re going to make your bank account explode with profits, or dry out because of massive losses. It may actually be a risk Europeans are looking for. Besides, FSB brokers operate pretty much within the same time zone, giving Europeans the opportunity to trade during traffic hours.

ESMA is not holding its punches against the European brokers, which may leave some veteran traders falling in line with the beginners, making them trade less than they can afford.

Although it is obvious that not every European trader will start transferring, it would be a good move for FSB regulated forex brokers to start training their staff in the major languages of Europe. The Dutch roots may come in handy after all.

InstaForex StartUp Bonus Worth $1000 Is A No Depos…
Brexit and its benefit to the South African Forex…
The Midas Formula
Forex News Trading Strategy Week Starting July 10t…
Multi Million Dollar Trader Mentoring Programme
Big Possible Changes for Traders in the EU
Prev Post Is hypnotherapy different from therapy? Your invitation to a NEW Mindvalley Masterclass with Marisa Peer
Next Post The Simple & Easy trading strategy all Forex traders should use