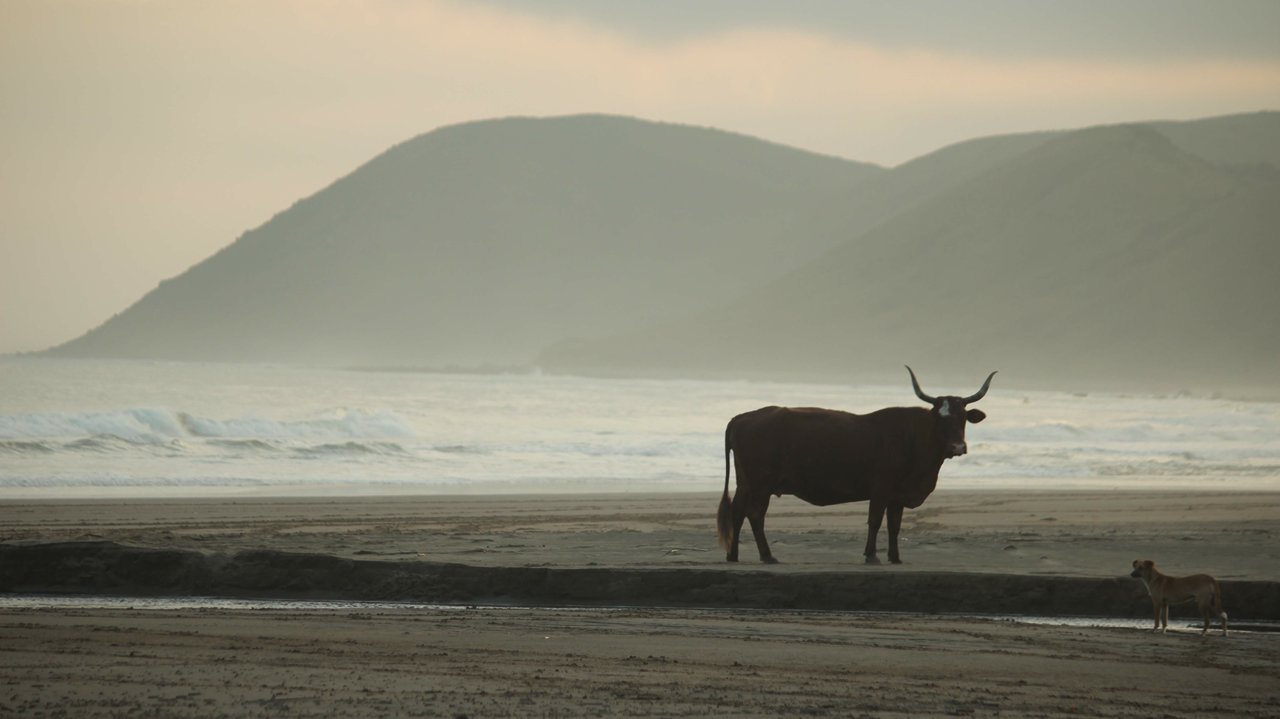 Directed by Ryley Grunenwald, The Shore Break is the disturbing story of two Pondo cousins on opposing sides of the Xolobeni Wild Coast mining conflict.

Australian mining company MRC Ltd and their BEE partners Xolco want to mine for titanium, while the South African government is pushing forwards with a plan to create a N2 Toll Road through the Wild Coast.

But as The Mail and Guardian asked in their review, “Why should Australian mining interests be allowed to despoil pristine Wild Coast dunes and the communities attached to the land?”

Many in the local community want to rather preserve their traditional Pondo lifestyle, with eco-tourism seen as an alternative route to economic growth. Many are also worried about disturbing the graves of their relatives.

But opposition comes at a price: some who speak up have allegedly been assassinated, while the late Pondo king was dethroned by government and replaced by a pro-mining relative.

The Shore Break sold out shows, had extra screenings added in Cape Town and Johannesburg, and sparked numerous conversations.

“It is incredibly rewarding that The Shore Break has been so well received by South African audiences,” says Ryley. “Though the film is busy being shown around the world, it is the local audience who truly understands all the layers, nuances and the gravity of the story – because the Wild Coast is part of our lives and part of our natural heritage as South Africans. The screenings at Encounters have been fantastic and we’re really grateful to the festival and the audiences for making years of hard work well worth it.”

The Backsberg Audience Choice Award is the second festival prize for The Shore Break, which was also named Best Documentary at the 2015 International Environmental Film Festival (FIFE) in Paris.

The Mail and Guardian hailed it as “eloquent, persuasive, forcible: advocacy documentary-making at its ethical best,” while City Press called it both “alarming” and “inspiring.”

Read more about the film

Sign the petition to stop forced mining on the Wild Coast.

The Shaman Trailer (2015)
China’s Sexual Revolution: A Channel 5 Documentary
How to logout of Netflix on a Smart TV
Kingsman: The Secret Service
Television: Its purpose and the only way to deal w…
Anna Breytenbach communicates with Great White Sha…
Prev Post Daily Commentary 1/07/2015
Next Post The Financial Crisis in Greece Finally Explained