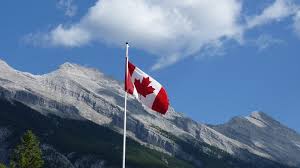 Why Canada can be the best partner for South Africa

It is not news that South Africa has an ongoing crisis for a couple of years. The country has problems with economic development and the South African rands keeps losing its value. South Africa has massive social problems as well and due to these social-economical problems, it is not surprising that the country is in the need for strong partnerships. For a very long time, South Africa was looking at the United Kingdom as one of the best partner countries for itself. At the same time, the UK was the most popular destination for people leaving SA for good. However, things have changed a bit after the UK started changing its immigration policy willing to reduce the number of people entering the country as immigrants. The economic situation with the United Kingdom is a matter of concern as well after the whole Brexit Drama. But why Canada, the country miles away appears to be one of the best partners for South Africa?

Due to the socio-economic issues, internal conflicts, high unemployment rate and the lack of job opportunities many young people are leaving South Africa annually. According to 2017 Statistics, approximately 900 000 people born in South Africa were living in other countries. Most of them, 210,000 South Africans were living in the United Kingdom. The other countries chosen by South African migrants were Australia, the United States, New Zealand, and Canada with 50,000 migrants. Due to Canada’s immigration policy, it is expected that more and more people will turn to Canada in the future.

The thing is South Africans, as well as migrants from other countries, feel like at home when in Canada. Let’s not take the climate agenda of these countries into the considerations. Other than the cold weather, there are many things that help South Africans accommodate in Canada comfortably. The place is a perfect match for young people who want to start their career outside of South Africa. Canada is searching for young professionals and tries to attract them into the country. At the same time, since the immigration policy is mild and there are a lot of people with the different nationalities in the country, there is no issue with acceptance or any social conflict whatsoever. South Africans have the possibility to live a peaceful life, work at the jobs they want to have, and even play real money roulette games after working day. Moreover, Canada allows migrants to obtain citizenship after four years of residence in the country.

Partnership with Canada is not a new topic

You might be surprised, but having strong economic partnerships with Canada is not something new. It started back in 1998 during Nelson Mandela’s first visit to Canada. At that time Mandela saw Canada as one of the best countries to partner up to help the economic development of South Africa. The willingness of the cooperation was translated into the signed agreement of Trade and Investment Cooperation (TICA). However, these two countries have not seen the full potential of it yet, as Jacob Zuma has abandoned the agreement in 2012.

Many consider that it is time to renew the partnership. Moreover, Canada seems to be interested in the African continent. As it is said, Canada is in the process of signing Foreign Investment Promotion and
Protection Agreement (FIPA) with several African countries including Nigeria, Kenya, Ghana, Egypt, Tanzania, Tunisia, Cameroon, Cote d’Ivoire, and the Democratic Republic of Congo. Yet, Canada does not have a free trade agreement with any of these countries, but considering the that South Africa has one of the biggest economies in Africa, it seems logical to have free trade with.

South Africa can benefit a lot from having free trade with the country that is a member of G7 countries. As mentioned above, Canada is also one of the popular destinations for young South Africans as well. After all, As Nelson Mandela said, South Africa can always turn to Canada.

Prev Post Financial educator speaks to university students about joining the investment industry.
Next Post Learn how to trade and invest in the financial markets.