It is with a heavy heart that I travel to Standing Rock to give thanks and serve meals to the water protectors who, in the freezing weather, have braved attack dogs, tear gas, water cannons, rubber bullets, percussion grenades and other forms of state-sanctioned violence.

This Thanksgiving comes on the heels of a particularly heart-wrenching day, Nov. 21, when over 150 activists were injured, receiving treatment for hypothermia, contamination by tear gas, and traumas from rubber bullets.

One activist, 21-year-old Sophia Wilansky, will spend the holiday undergoing a third surgery on her shattered arm that was ripped apart by an exploding concussion grenade.

It is appalling that these fierce attacks against peaceful activists are happening under President Barack Obama’s watch, and these water protectors are anticipating even greater repression when Donald Trump gets to the White House.

During the campaign, Trump promised to roll back regulations on the fossil fuel industry and unleash “a treasure trove of untapped energy.”

Kelcy Warren, CEO of the Dallas-based Energy Transfer Partners (ETP) that is building the Dakota pipeline, gave over $100,000 to Trump’s campaign and Trump himself owns stock in the company.

After the election, Warren said he was “very, very enthusiastic about what’s going to happen with our country.”

The Standing Rock Sioux are steeped in that reality.

“Today, well over two thirds of the population of Standing Rock is below the poverty level—and the land and Mother River are what remains, a constant, for the people. That is what is threatened today,” indigenous leader Winona LaDuke. “The Standing Rock protest camp represents that struggle for freedom, and the future of a people. The future of all of us.”

The Thanksgiving break has brought caravans of people from all over the country to join this struggle for freedom and show our thanks to the indigenous community.

We at CODEPINK, under the initiative of activist/entrepreneur Judy Wicks, are helping to cook a Thanksgiving meal for 2,000 people and bringing donations to fortify the encampments for the bitter cold winter ahead.

“Standing Rock is a call to all of us to protect what we love,” says Wicks as she prepared for a massive dinner at the community school in Fort Yates, the only place that was large enough to hold thousands of activists. “The water protectors’ courage and love of the land inspires those of us in other communities to defend our watersheds—to stop fracking, drilling, pipelines, refineries and all fossil fuel infrastructure that is leading toward the end of life on Earth as we know it.”

On Friday, the day after Thanksgiving, indigenous leaders have called for a global day of action, including protests across the country at banks financing the $3.8 billion pipeline, energy companies with a stake in the pipeline, and sheriff’s departments that have sent police to repress the ongoing resistance.

There are also many solidarity actions you can take on your own: Donate to sustain the encampment for the months ahead. Call the local sheriff’s department to denounce their violent actions.

Tell the Army Corps of Engineers to deny the permit to drill beneath the Missouri River. Contact the banks funding the pipeline and withdraw your money.

Finally, as you celebrate this holiday with family and friends, take a moment to remember the history of genocide and dispossession our nation was founded on.

“Thanksgiving is a part of the mythology that attempts to cover up the real history of the United States,” says historian Roxanne Dunbar Ortiz. “It is a completely made-up story to say the native people welcomed the very people who were going to devastate their civilization. This is simply a lie, and it has to be deconstructed.”

With their heroic stand to deconstruct the Dakota Access pipeline, the indigenous tribes gathered at Standing Rock are also deconstructing Thanksgiving.

And they are showing us a path for the future that should inspire us for the difficult times ahead: a future based on respect for Mother Earth and all species, cooperation, generosity, nonviolence, humility and love.

This work is licensed under a Creative Commons Attribution-Share Alike 3.0 License

Medea Benjamin (medea@globalexchange.org), co-founder of Global Exchange and CODEPINK: Women for Peace,and author of a forthcoming book on Saudi Arabia, Kingdom of the Unjust. Her previous books include: Drone Warfare: Killing by Remote Control; Don’t Be Afraid Gringo: A Honduran Woman Speaks from the Heart, and (with Jodie Evans) Stop the Next War Now (Inner Ocean Action Guide). Follow her on Twitter:@medeabenjamin

Naveen Jain Is A Living Example Of What Every Entrepreneur Is Capable Of!

Ready to unlock every ounce of your potential? Did you know that your own brain wants to keep you thinking SMALL? Thousands of years of 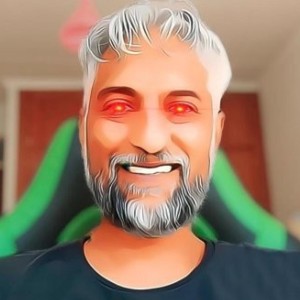 I've been involved with cryptocurrency since 2013 when I bought my first Bitcoin. These days I'm totally committed to growing the Stacks community which is bringing smart contracts, decentralised apps and finance to the Bitcoin network. Join us building the new internet built on Bitcoin.
Menu