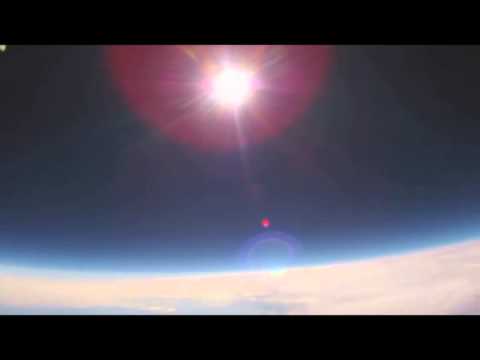 Wolves in sheep’s clothing have pulled the wool over our eyes. For almost 500 years, the masses have been thoroughly deceived by a cosmic fairy-tale of astronomical proportions. We have been taught a falsehood so gigantic and diabolical that it has blinded us from our own experience and common sense, from seeing the world and […]

Wolves in sheep’s clothing have pulled the wool over our eyes. For almost 500 years, the masses have been thoroughly deceived by a cosmic fairy-tale of astronomical proportions. We have been taught a falsehood so gigantic and diabolical that it has blinded us from our own experience and common sense, from seeing the world and the universe as they truly are.

Through pseudo-science books and programs, mass media and public education, universities and government propaganda, the world has been systematically brain-washed, slowly indoctrinated over centuries into the unquestioning belief of the greatest lie of all time. In schools where every professor’s desk is adorned with a spinning Earth-globe, we are lectured on the “heliocentric” theory of the universe, shown images of ball-planets and videos of men suspended in space.

The illusion created, connivingly convincing, has entranced the world’s population into blindly believing a maleficent myth. The greatest cover-up of all time, NASA and Freemasonry’s biggest secret, is that we are living on a plane, not a planet, that Earth is the flat, stationary center of the universe.

The oldest and largest SINISTER SECRET SOCIETY in existence has a SECRET so HUGE and well-HIDDEN, so contrary to what we have BEEN TAUGHT to BELIEVE, that its EXPOSURE THREATENS to not only completely and single-handedly CRUSH their NEW WORLD ORDER SYSTEM “United Nations” but to radically RESHAPE the ENTIRETY of modern academia, universities, the mainstream alternative medias, all the WORLD’S (not planet) GOVERNMENT’S, SPACE AGENCIES, and the very EARTH BENEATH our feet.

Will this ABSOLUTE TRUTH, once exposed from our suppressed historical past, bring “FREEDOM of SPEECH” & “Democracy” to an inevitable and complete end to our rights? ..and Martial Law brought forth more swiftly & forcefully??….

I actually wouldn’t have a clue about that to be honest …But I think its gonna get ugly when people realize billions of taxpayer funds have been spent on B-grade CGI animation by Naza.. sorry I meant Nasa and the few sinister governing elite…

And then there are the Individuals who won’t want to believe they have been lied to by their governing authorities & education systems for sooooo long (~500+ years roughly) about the reality and truth of their existence!

Man…What a big change it may or may not be to our reality and life’s truth! ……Anyone else excited?

Many Flat Earth Society believers can be controlled opposition frauds who present themselves as legitimate Flat Earthers but in reality are propagandists, enemies of the plane truth, mixing lies, satire and false Flat Earth arguments into their material to deter neophytes from conducting further research.

Like many leaders of the the FES claim Earth is constantly rising up at 9.8 m/s to account for gravity.

This is a ridiculous easily proven impossibility, however, as I explain in the following interview, but by making these easily refutable false flat Earth arguments, these agents muddy the waters and poison the well of legitimate flat Earth research.

What do you think? Please let me know in the comments.

Living a Happy and Abundant Life. An Interview Wit…
This Cheat Sheet To Rank Your Videos In Youtube An…
Naveen Jain launches The Power of Boldness
25 Ways To Tell If Someone Is Lying To You
The Roswell Alien Interview
Real Life Heroes Compilation
Prev Post Is There An Economic Crisis In 2015? Peter Schiff & Mike Maloney Think So
Next Post Game Of Cronies The Nkaaandla Cut