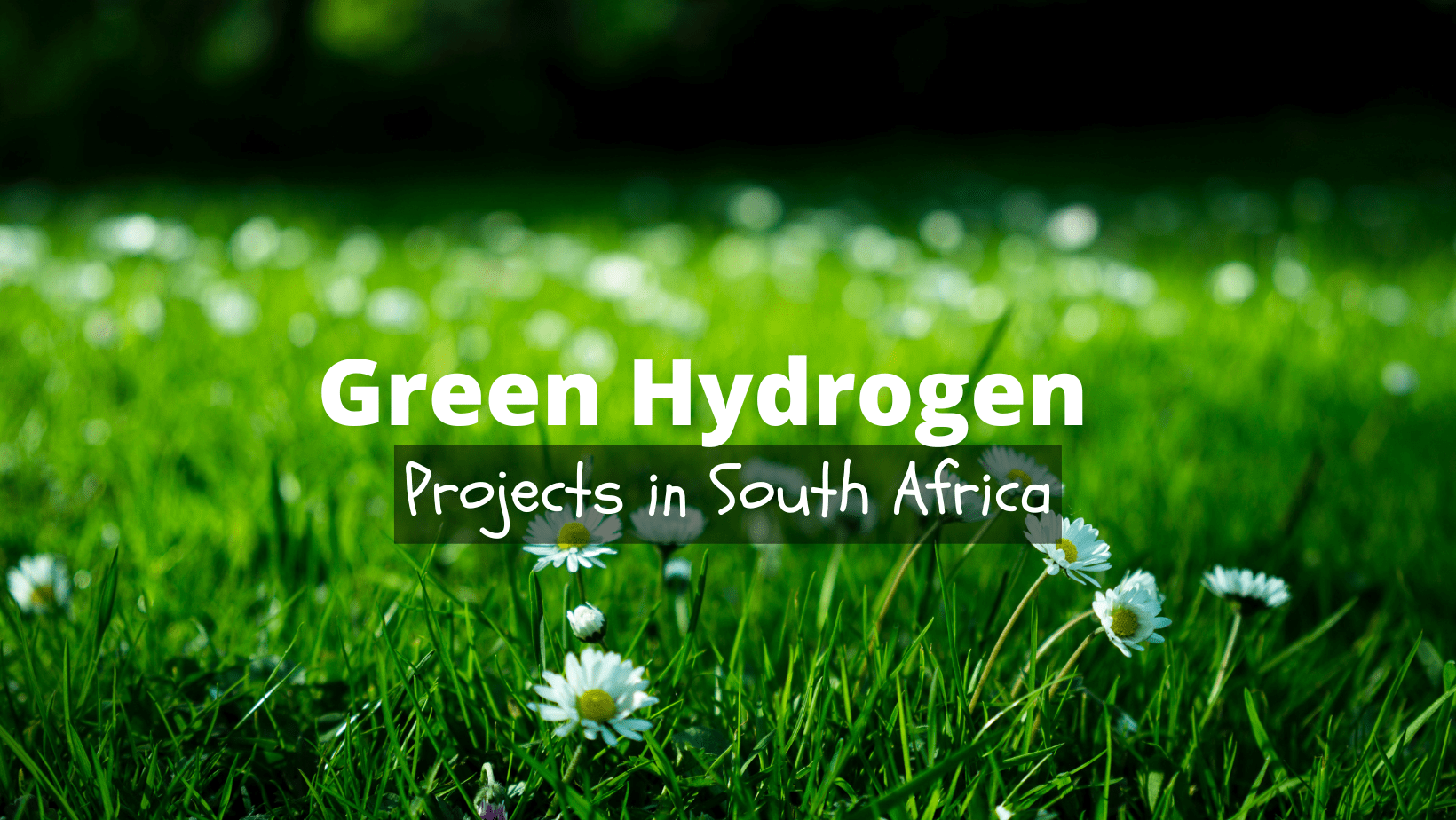 South Africa is uniquely poised to be a global exporter of green hydrogen to the world markets and these are some of the initial projects.

With Hydrogen South Africa and the Department of Science and Innovation leading the way, South Africa has been exploring the potential of green hydrogen as an alternative energy source since 2007.

Starting with research into hydrogen-powered vehicles and more recently shifting focus towards large-scale application in sectors with a combination of renewable energy and electrification or battery storage is not viable.

These include the heavy duty transport, aviation and maritime sectors and industries such as steel manufacturing and cement and ammonia production.

Hydrogen fuel cells use platinum as part of their catalytic converters that help to combine hydrogen with oxygen to produce electrical current which also presents an additional market for the precious metal.

The largest reserve of platinum group metals in the world; with platinum being a major component of hydrogen fuel cells and polymer electrolyte membrane electrolysis.

A deep expertise in using the Fischer-Tropsch process to produce hydrocarbons such as diesel, petrol and kerosene.

Although green hydrogen is still an emerging sector it has significant potential.

A large electrical grid for renewable energy distribution and a large domestic industrial sector as a source of demand for green hydrogen.

The global green hydrogen demand could reach 530 million tons by 2050, the equivalent of roughly 10.4 billion barrels of oil which is approximately 37% of global pre-pandemic oil production.

The export market for green hydrogen could reach 300 billion US dollars per year by 2030 with Japan and the EU already planning to import millions of tonnes per year by 2050.

This export potential coupled with the prospect of decarbonising the local industrial sector still needs to be fully explored.

Despite our inherent advantages that could catapult us into becoming a major player in the green hydrogen economy, South Africa has not yet announced its intention and appetite to compete in the sector with countries and regions such as Chile, Australia, North Africa and The Middle East.

As a result we have not yet secured the degree of interest and investment to boost our green hydrogen potential.

This will see the Northern Cape being the production hub and Gauteng being the hub for domestic demand.

These strategies and projects together with the Department of Science and Innovations hydrogen society roadmap for South Africa will be the foundation of a national green hydrogen strategy.

SIDSSA 2021 will witness the signing of three major green hydrogen memorandums of agreement between the Northern Cape and SASOL for SASOL to be the anchor developer of the planned Boegoebaai Green Hydrogen Special Economic Zone, between the Northern Cape and the Port of Rotterdam for the Port of Rotterdam to act as a demand aggregator for green hydrogen into Europe and between Gauteng and SASOL for SASOL to develop green hydrogen production facilities in Gauteng that will be aimed at decarbonising the domestic industry.

Later in November this year the Northern Cape will also launch its green hydrogen strategy at the U.N climate change conference or COP26.

SASOL is a major producer of grey hydrogen coming to approximately 2.3 million tonnes per year for the South African domestic market.

However it still results in emissions of about 9.2 kilograms of carbon for every one kilogram of hydrogen it produces.

Green hydrogen presents SASOL with opportunities to use its expertise to enter new markets and to repurpose its existing infrastructure for emission reproduction of green hydrogen and green hydrogen derived products such as aviation fuel representing a combined project value of between 11.1 and 13.1 billion Rand.

Another major industry player, Anglo-American Platinum plans to demonstrate how it will be possible to decarbonise its heavy-duty mining vehicles and its heavy-duty transport between Mogalakwena and eThekwini with a project value of approximately 18 billion Rand.

Green hydrogen also offers great empowerment opportunities. A prime example, the Prieska Power Reserve Project is led by a 100 black women owned entity and is one of the more mature green hydrogen projects valued at around 6 billion Rand that has passed its pre-feasibility stage.

The dual strategy of maximising the export potential of green hydrogen derived products in the short term and using green hydrogen to decarbonise domestic industry in the medium term will boost the momentum towards South Africa becoming a major green hydrogen player on the world stage. 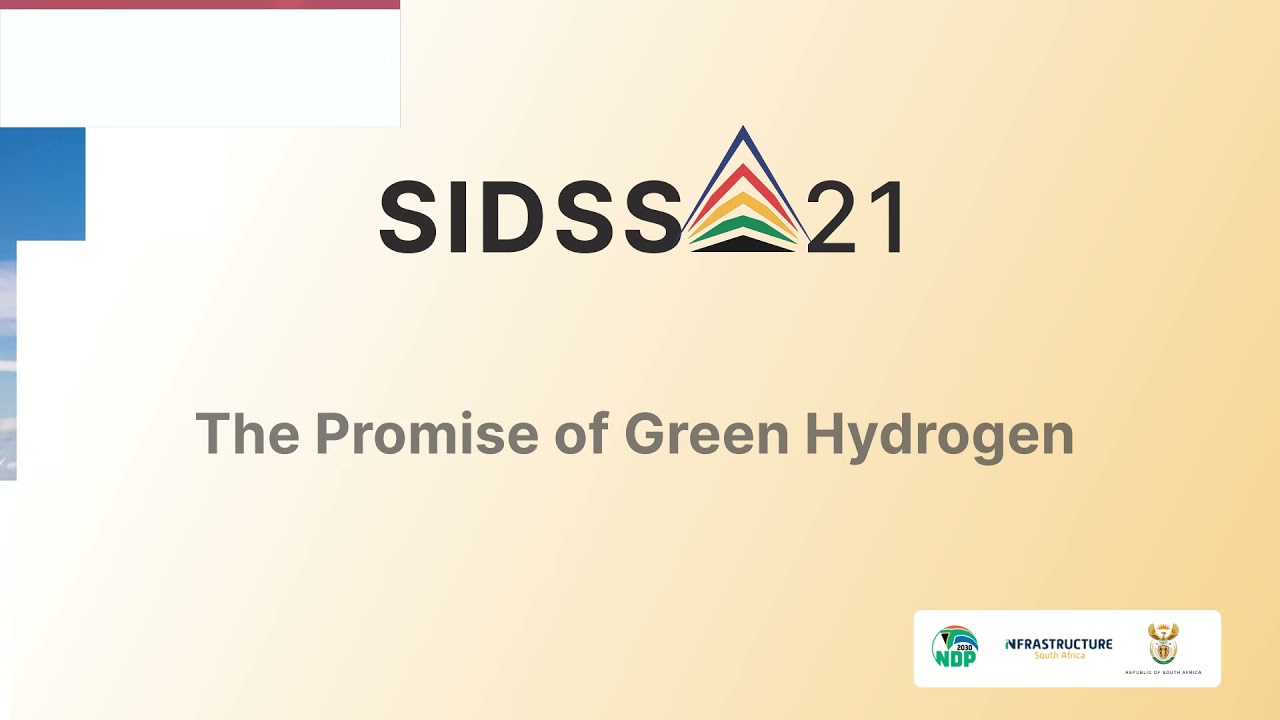