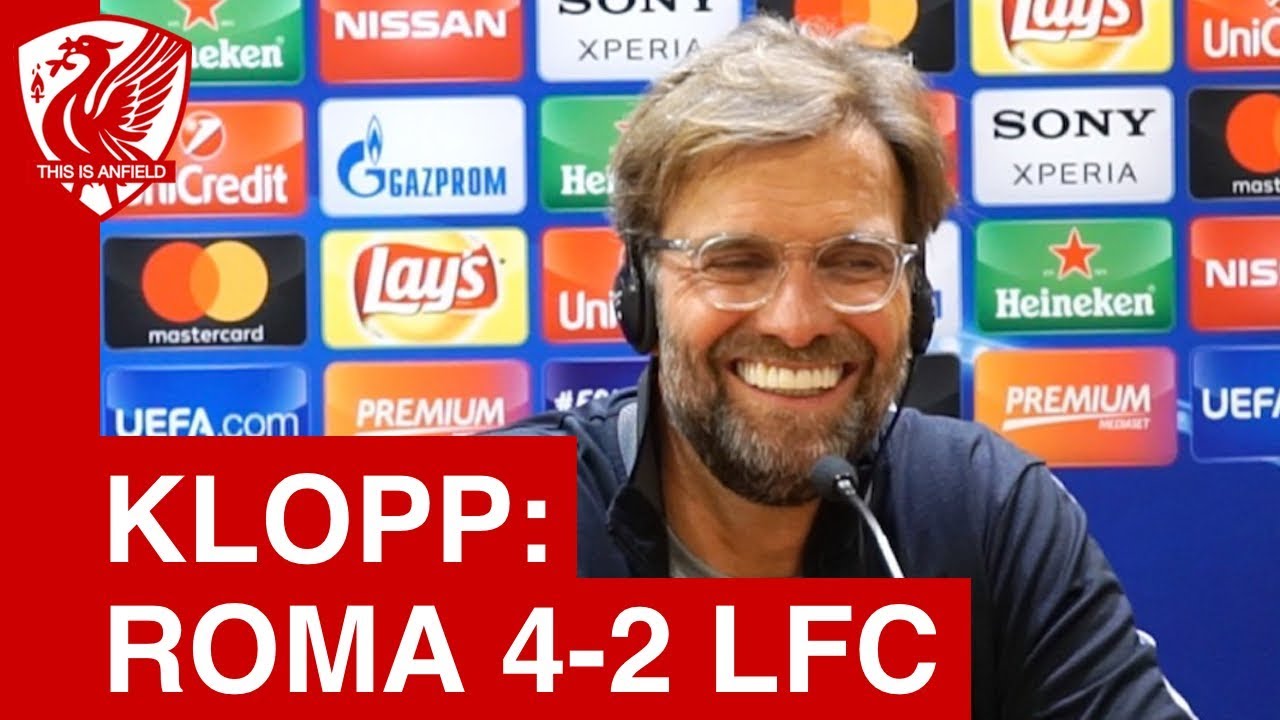 I have to start, and it’s easy to do so, with a big compliment for Rome. What a performance what come back what a brave football game. It was clear that they take the risks they took and we punished it in the with the first goal in a perfect way. Score then all of […]

I have to start, and it’s easy to do so, with a big compliment for Rome. What a performance what come back what a brave football game.

It was clear that they take the risks they took and we punished it in the with the first goal in a perfect way.

Score then all of the first goal for them by ourselves unlucky of course maybe of slapstick and then a second one in a game which say how as long as we don’t finish the game with the third goal was clear that they will do exactly it will exactly the same way there was always little rhythm.

Breaks in a game and we controlled it again but especially in high intense moments we had brilliant counter attacks but were not patient enough to finish him so on and because we didn’t do that it was clear the game stays open and and everything can happen.

We defend not really good today not pretty much the three midfielders were pretty alone after 1 nil we was not the plan but we gambled a little bit upfront with the three they left for back and we three up was not the plan because the pitch is too big they can pass we have to run.

And then they had all these situations in the box we defended these situations much too deep can only remember really one offside situation a game like this there should have been 20 times and offside so and that’s the story of the game and they scored a third one with a shot from distance and the fourth one is a penalty which I have no clue I heard about a few penalty situation but I didn’t see them back so far so was the first time that we were not really as good as we can be so we needed luck and that’s what we had but I think over the whole chamsy campaign so far it’s absolutely deserved it would have been how is that before the game it would have been reserved for wrong I think for both teams it would have been crazy if we play extra time if we go two times 15 minutes I have no clue how that would have happened and that would be would have been really crazy but so now it was seven six on.