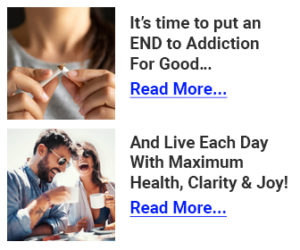 “When we are stuck in a rut we are being invited to grow and expand.” ― Dana Arcuri

Alex is the kind of guy that everyone liked. He was always in between jobs and was always broke, but all his family and friends could only say good things about him.

His girlfriend, Kate, thinks that he is the sweetest guy in the world. However, she grew more and more exasperated with him over the years.

She loved Alex for his personality, but he always had trouble taking responsibility for his own life. As a result, Kate felt stuck in a situation where she always has to bail Alex out of trouble.

Things came to a head when Alex got into an accident. His car went off-road and into a ditch. But fortunately, he only suffered a few broken ribs and his leg was in a cast for 3 months.

The bad news was that it was actually Kate’s car, and Alex borrowed it so he could have a night out with his friends.

But it wasn’t because of the car, but the fact that Alex’s irresponsibility almost got him killed.

She took care of Alex for the next several months, but she had already decided to break up with him by then.

So after Alex recovered from his accident, he had to take a long, good look at himself and the choices that he made.

This was when he realized that something had to change. It dawned on him that he was always going to be where he was if he didn’t do something about it.

How To Break Free From A Less-Than-Ideal Life 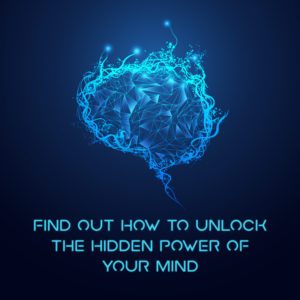 Like Alex, many people lose their direction in life and feel trapped.

…but you don’t really know how to make that happen.

This is where feelings of dissatisfaction come from.

But the good news is that you can, in fact, get out of the rut you’re stuck in – even if you feel the complete opposite.

If you feel like you can’t move forward in life, chances are it has something to do with the 3 following reasons:

Reason #1. You Don’t Know What You Want

Most people don’t realize that they could be so much closer to their ideal future if only they spent real time thinking about what that future actually means.

They only have a vague, nebulous idea of the things that they want. Without a clear idea of what to aspire for, those plans and goals will be just as half-baked.

And so, you need to have a well-defined idea of what your “Point B” is – a.k.a. Where you want to be…

…then work your way back to “Point A”, which is where you are now.

That means you have to have a well-defined “Point B” before you can start plotting your course towards that destination.

To help you with that, here are some questions that you can ask yourself:

It’s very much worth your while sitting down and answering these questions. Be as detailed as you can and describe any emotional details as well.

The clearer you can paint this picture, the better sense of PURPOSE you’ll have in your life!

And this is the perfect antidote to feeling “stuck.”

A lot of people tend to just accept their situation and get used to feeling stuck.

This is often because they have been so beaten down that they felt like there’s nothing to do but give up.

They become desperate and think that there’s really nothing else for them to do. It’s like they are in an endless tunnel with no light to look forward to.

What they don’t realize is that they lack a solid plan to get out of the rut they’re in. That’s why they never achieve the escape velocity to overcome the gravity of their situation.

Worse, they’re afraid to come up with a plan in the first place. Treading water and staying afloat is a lot less scary than trying to move forward and fail.

But in the long run, “protecting” yourself from failure has far worse consequences than making a plan to get un-stuck.

Here’s a good way to get the ball rolling:

This is a bird’s eye view of the “getting what you want” process, but this is a great way to overcome your inertia and keep moving forward.

Reason #3. You’re Getting In Your Own Way

Here’s the other thing – you’re going to run into a lot of obstacles when trying to get from Point A to Point B.

But you probably know this already. If you feel stuck in some way, that’s a clear sign you’re having trouble overcoming those obstacles.

And the biggest reason people can’t move forward is that they avoid asking the hard questions.

As uncomfortable as it is to grapple with these questions…

…this is the best way to remove those barriers getting in your way of a better life.

That said, it’s worth asking yourself the following:

Answering these will give you good indicators or whether or not your mindset could use some tweaking.

This particular area is a HUGE sticking point that most people don’t bother to address.

They might know what they want and have a general plan in place. But if their own mindset is working against them, it’s going to be a very tough uphill battle.

How To Bounce Back And Rise Above Life’s Challenges

As for Alex, he wanted to bounce back from his situation. So, went through the process of figuring out what he wanted.

He was actually a great musician and played guitar in a band, but he’d let that part of his life slide. For the longest time, Alex wanted to get back into it by teaching young kids to play music.

But he’d always find some way to talk himself out of it. He convinced himself it was too hard and it was safer to just work the odd part-time job here and there to pay the rent.

Finally, he realized he needed a major mindset upgrade. It was the only way he could actually push through with his plans.

So as he put in the work to make his plans happen, Alex also tried something else.

He started looking inward and removed the unhealthy beliefs and negative thought patterns that were holding him back. When he figured out how to reprogram his mindset, everything began to fall into place for Alex.

And it was easier than he expected. Soon enough, he managed to get out of his rut and reinvent himself.

CLICK HERE To Learn How To Make that Major Mindset Upgrade, RISE ABOVE Life’s Challenges, and Look Forward To An Amazing Future!

Free your mind and create limitless abundance with…
Free Masterclass On The Japanese Art of Healing Yo…
How Pain Stems From Your Childhood Beliefs By Chri…
Do you have the brain of a millionaire?
Your Perfectly-Timed Abundance Makeover Is Here

Prev Post An Alternative to Painful Divorce. How to Consciously Uncouple
Next Post How to logout of Netflix on a Smart TV