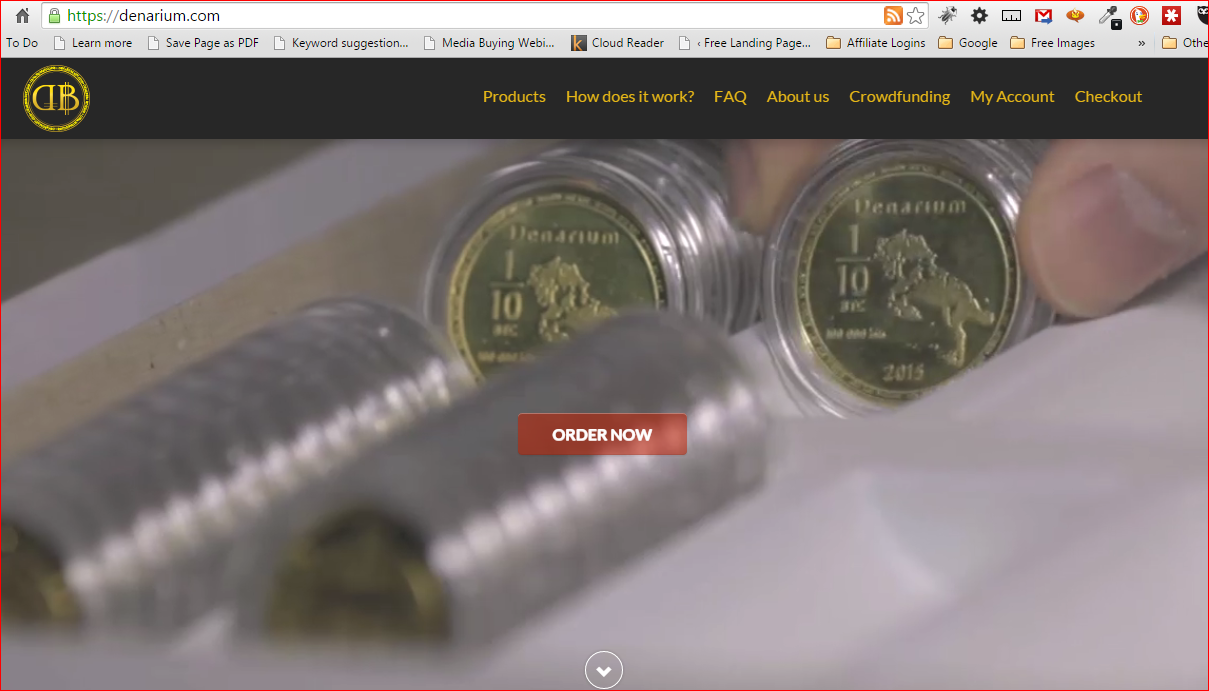 Denarium Launches The Next Generation Physical Bitcoins in less than 2 hours at www.denarium.com Denarium Bitcoin is the newest project of 3-year old Finnish Bitcoin startup Prasos. The company operates Bittiraha.fi, the largest Bitcoin exchange in Finland, and Bittimaatti, the largest Bitcoin ATM network in the Nordics. Now Prasos is making its way into the […]

Denarium Launches The Next Generation Physical Bitcoins in less than 2 hours at www.denarium.com

Mike Caldwell created the first Physical Bitcoin in 2011 under the name Casascius and this taught us that people have a clear need to identify bitcoins with something physical. Bitcoin as a concept is hard to understand if it is envisioned as something purely virtual. A Physical Bitcoin is a great conversation starter – the perfect gateway to explaining Bitcoin. There has been only one problem – cheap & affordable coins have all but disappeared from the market.

– Ever since US manufacturers ran into regulation issues, low price Physical Bitcoins have been a thing of the past. Years ago I used to give them out to friends & family but nowadays it’s simply not possible because the coins are too expensive. We decided that we have the expertise and the right kind of regulatory environment to bring them back and eventually we came up with Denarium Bitcoin, says Prasos CEO Henry Brade.

The coins from Denarium are designed to have easily redeemable private keys. In addition to storing the private key in plain text, it is also stored in QR code format. This way the bitcoins inside a Denarium Bitcoin are easy to redeem and spend online. Denarium products are shipped worldwide and they come in two valuations, 1/10 of a bitcoin and 1/100 of a bitcoin. Both loaded and empty coins are available.

– Asia has a number of emerging bitcoin markets with huge volumes of potential adopters. Just as in the West previously, a tangible bitcoin is a great first step into bitcoins for millions of new users, and makes the whole concept easier to understand, states Ville Oehman, who is bringing Denarium Bitcoin to Asian markets.

The pre-order of Denarium Bitcoin starts on Monday 13th of April at 12:00 UTC (London). This is 8 AM in New York and 8 PM in Singapore. All pre-order sales are done through the main website of Denarium,

First batch of Denarium coins are scheduled for delivery in June 2015.

Prasos is a Finnish Bitcoin startup that was founded in March 2012. Their exchange services at Bittiraha.fi currently process around 1 million euros of trading volume per month. Prasos has an ongoing funding round at Nordic equity crowdfunding website Invesdor.

Henry Brade has been a passionate Bitcoin enthusiast since 2011. In 2012 he co-founded Prasos and has been in CEO position ever since. Before learning about Bitcoin Henry was a professional online poker player.

Ville Oehman is a Singapore-based investor, focusing on early-stage Fintech start-ups in Europe and Asia. Ville is a member of the company advisory board and the wholesale partner for Denarium Bitcoin in Asian markets.