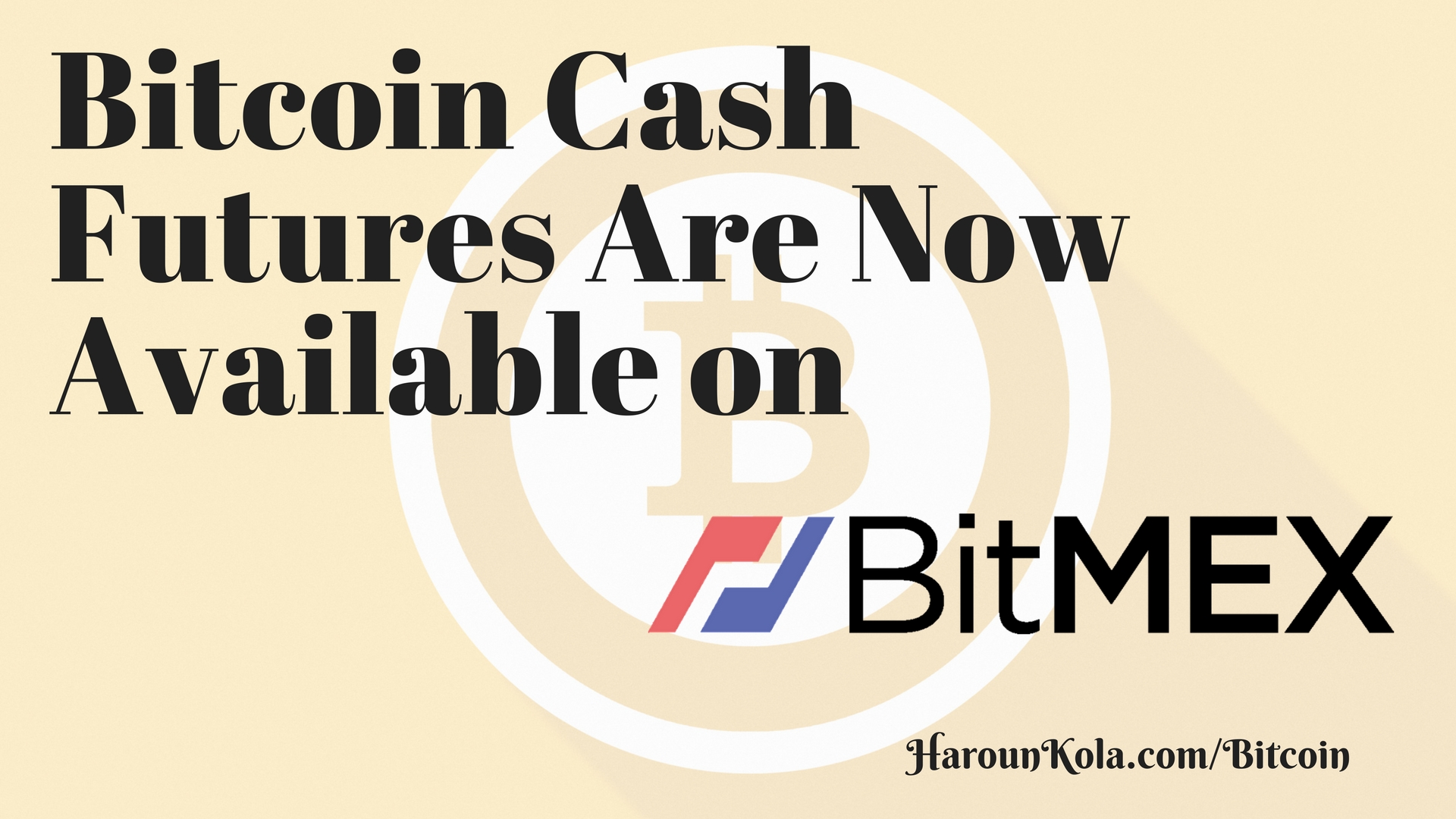 Bitcoin Cash Futures are now available to trade on the BitMEX cryptocurrency futures exchange. Make money on your prediction of where this contentious bitcoin fork will price at.

BitMEX Future has a Hard Fork Policy where they said:

BitMEX does not agree with contentious hard forks, and does not accept the manner in which Bitcoin Cash was forked, or the lack of preparation or notice before the fork; we consider this a dangerous action that imposes unacceptable costs on end-users and businesses.

However, months after the fork, it is clear this coin still has value and popular demand, so we have decided to credit Bitcoin at the prevailing Bitcoin Cash price. Do not expect future coins to be credited in this way. BitMEX reserves the right to credit forks or not – in the presence of doubt, always withdraw first.

Trading Bitcoin With Leverage On BitMEX. An Introd…
Why The Bitcoin Price Is Rallying Again And How Yo…
OKEx – How I’m using the Cryptocurrency Exchange
Trade On SPECTRE. The World’s First Brokerless Fin…
How to make money as a crypto trader with Crypto M…
Bitfinex Referral Code
Prev Post Exponential Energy by Ramez Naam. A Singularity University Lecture From South Africa
Next Post Bitcoin is History by Mike Maloney