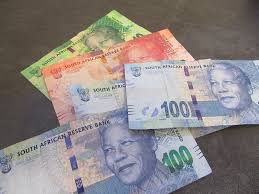 Not many people understand the state that banks are in South Africa right now. While banks in pretty much every country rely on staying afloat thanks to their lending services and the interest they gain from them, South African banks are actually afraid of relying heavily on this segment. The reasons are very simple. Back […]

Not many people understand the state that banks are in South Africa right now. While banks in pretty much every country rely on staying afloat thanks to their lending services and the interest they gain from them, South African banks are actually afraid of relying heavily on this segment.

The reasons are very simple. Back in 2014, when African Bank suffered a collapse thanks to a massive default in state loans pretty much everybody got the message, but that doesn’t mean that anything has changed. Unsupervised lending has been continuing without any type of intervention. Banks saying that the segment will heal itself soon enough and pursuing other means of revenue.

Many believe that the trend was pioneered in 2002 by Saambou Bank, and then succeeded by African Bank’s “payday loans”. After 2014’s collapse of African Bank, the company has been trying to search for new streams of revenue, which is now their digital banking plan. But the question remains the same. Should South Africans continue with loans?

Is there any other choice?

One solution could be the inclusion of P2P lending firms. According to the website TodayTrader, P2P lending companies in the US and UK are a lot more flexible when comparing them to banks and state-commissioned entities. TodayTrader explains in a very thorough guide which can be found here that “P2P lending has proved to be a great way to circumvent the traditional banking system, opening new doors and solutions to both ends of the spectrum”.

Although this may not solve the problem completely, it will definitely give banks breathing space to install necessary frameworks for choosing eligible borrowers. Although defaults may still occur with P2P lending, it will be a lot less damaging to the economy and the currency as a whole.

Even though salaries are now sufficient to maintain a small family, it doesn’ mean that they are enough. A small family means around 1 or 2 dependants, while South African employees support on average 2.8 people. Especially those employed in the country’s mining industry, which is one of the largest ones in terms of manpower, need some kind of additional boost just to survive until the next paycheck. As long as customers like this exist, banks and P2P lenders alike will have to have some kind of product for them.

Cryptocurrencies are also an option to provide to the borrowers. Thanks to the massive volatility of the asset, borrowers may find themselves in far better situations if they hold on to their loans rather than spend them immediately. Even the remaining funds after utilizing the loan could contribute towards reimbursing the banks.

The only way this would work is if the banks asked a return in the exact amount in cryptocurrencies and not fiat. So for example, if the bank gave somebody 1 Bitcoin which is now worth $5,000, they would still ask for 1 Bitcoin back and not $5,000. You’re probably seeing potential issues with this already.

Should the price of Bitcoin fall drastically, the bank will find themselves in a far larger disadvantage then if they had just given the loans in fiat. But judging how popular cryptocurrencies are in South Africa, it is reasonable to think that the population would be able to handle it more appropriately.

Unfortunately, it is very hard to come up with a win-win situation in this scenario. Either the borrowers or the lenders will receive the short end of the stick.

The Ultimate Guide About Bitcoin Based Remittances…
How the blockchain will radically transform the ec…
SPECTRE.ai CEO Kay Khemani Interviewed on Finance …
The Bitcoin Phenomenon
Bitgold The New Bitcoin Gold Exchange Platform
The Bitcoin and Digital Economy Documentary
Prev Post The Future Of TV Is Here! Announcing YouTube Domination Pack
Next Post Brexit and its benefit to the South African Forex market