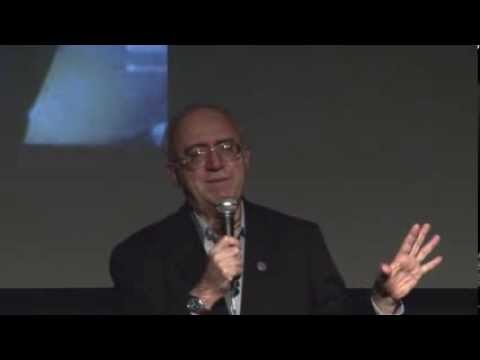 Forbidden Archaeology & Human Devolution. A Controversial Theory On The Origins Of Humans

Where did human beings, with their attributes of mind and consciousness, come from? Today the most common answer is a process of materialistic evolution. But not everyone is satisfied with that answer, including me. I am therefore proposing an alternative explanation, with roots in the ancient Vedic culture of India. Although I am proposing a […]

Where did human beings, with their attributes of mind and consciousness, come from? Today the most common answer is a process of materialistic evolution. But not everyone is satisfied with that answer, including me. I am therefore proposing an alternative explanation, with roots in the ancient Vedic culture of India.

Today, many researchers believe a human being is simply a combination of the ordinary material elements – but when we look at all the evidence, we see it is more reasonable to say that a human being is a combination not just of matter but also of a subtle (but nonetheless material) mind element and an irreducible element of nonmaterial consciousness.

These elements must have some source, and this suggests that our cosmos has levels dominated by increasingly more subtle elements, ending with pure consciousness or spirit. Instead of evolving ‘up’ from matter, as most scientists now believe, consciousness devolves or comes ‘down’ from a level of pure consciousness, and becomes covered by the lower energies of mind and matter.

This process I call devolution. But it is a process that can be reversed, through techniques of prayer, meditation, and yoga, by which consciousness can be restored to its original pure state. And this is the main purpose of human existence.

Michael A. Cremo has a Phd. (honoris causa) in science and theology. His work focuses on Vedic perspectives on human origins and antiquity. He has presented papers at meetings of the World Archeological Congress, European Association of Archeologists, and the International Congress for History of Science. He has twice presented papers in the bi-annual conference series Toward A Science of Consciousness.

He has given invited lectures at the Royal Institution in London, the Russian Academy of Sciences in Moscow, the Bulgarian Academy of Sciences in Sofia, and at other scientific institutions and universities around the world. Cremo is the principal author of the book Forbidden Archeology; a comprehensive survey of archeological evidence consistent with Vedic accounts of extreme human antiquity. The abridged popular edition of Forbidden Archeology, titled The Hidden History of the Human Race, has been translated into twenty languages.

Cremo’s latest book is entitled Human Devolution: A Vedic Alternative to Darwin ‘s Theory. Cremo is particularly interested in examining the history of the archeology and anthropology from the standpoint of alternative worldviews, particularly worldviews with foundations in consciousness-based ancient Indian thought. He has been a member of the International Society for Krishna Consciousness since 1974.

You are a beautiful soul
Anton Kraly Dropship Lifestyle Ecommerce Business …
You Will Wish You Watched This Before You Started …
Native American Flute Music: Meditation Music for …
This Changes Everything. Iron Discovered inside th…
Prelude to Easter 2018 in the state of the being
Prev Post The Roswell Alien Interview
Next Post Plan B – Fanatica Sensual Lyric Video