Al is creating a series of videos on scalping as part of his price action trading course.

The first video is going to be about the rules for scalping, and then the other videos in the series will be about how to scalp. You can view video and full transcript on the Brooks Trading Course website here.

This is the first of a series of videos that I created on scalping. In this first video, I want to talk about some general rules that scalpers should follow.

Today I’m trading with a 2-minute chart. Every bar is 2 minutes.

A scalp, it simply is a quick profit, and you often enter and exit on the same bar. For example, if you sold with a stop 1 tick below the low of that bar, you’d get filled right there.

If you were scalping, you might have a limit order to exit with a 2-point profit.

And if you did, you would’ve been filled right here, 2 points below your entry, all within the same 2-minute bar.

You’ll certainly lose money. These are minimum sizes that traders should use when scalping.

If you sold below the low of this bar, you might have a stop above the high of the bar.

Now, if the risk is twice the reward, you have to be right 67% of the time just to break even, and that’s excluding commissions and mistakes.

You really need to be right 70% or more of the time just to break even, and most traders cannot do that consistently.

But a great scalper can win 90% of the time, and he can make a lot of money. This is a time & sales window for the Emini, and I want you to focus on the size.

You’ll see that most of the position sizes are small. This is a 2-second period between here and here. That’s 2 seconds, and this is sampled data.

This is not all the trades that took place in 2 seconds. Far more trades took place.

However, it shows the point that I want to make:
that most of the trading is done with very small position sizes.

You know that 95% of all of the volume traded in the Emini is done by institutions, and 75% of it is done by high frequency trading firms, which are scalping, and they might scalp for 1 tick, or 2 ticks, or 3 ticks.

How can an institution with hundreds of millions of dollars in the account or in the fund make any money by trading one contract?

Well, they can’t. But that’s not what’s happening.

The institution is repeatedly trading one contract and building a position. Very often, the position will be several hundred contracts, maybe even thousands of contracts big.

You’ll sometimes see a very large position – maybe 407 contracts or 809 contracts – being traded, and some of that is from institutions closing their positions.

If high frequency trading firms are trading most of the volume and most of them are scalping, shouldn’t you be scalping as well?

No, you cannot do that because you cannot scalp the way that they do. They have carefully tested algorithms, all their trades are automated, they have tremendous flexibility in choosing their position size.

For example, a trade might end after just five entries, five contracts.

The computer may determine that the algorithm is no longer valid and it will exit. At other times, the trade may go on a long time. They may enter 300 times or even 1,000 times before they take profits.

So a huge variation in position size. You cannot do that.

Obviously that’s not realistic, and you cannot trade like that, even though most of the trades that you see taking place are traded that way.

This is a couple hours of trading.

I’m not going to go into the reasons why the probability is less, but if you did sell below that bar, you’d get filled here.

You could scale into shorts, selling more as it goes up as long as it does not go above that bar or the ii, consecutive inside bars.

You could take your profit when the market fell back to your original entry price.

You could get out around breakeven on your first sell and then, if you scaled in, you’d make a profit on your higher sells.

If you’re looking to buy with a stop, what you want to see is the market above the Moving Average.

You want to see a bull bar turning up from the Moving Average, and you want the bar to be closing on its high.

Then you’ll buy 1 tick above the high of that bar.

Here we tried to reverse, but it’s going back up.

A bull bar closing near its high, turning up from around the Moving Average. You buy above the high of that bar and get filled right there.

Sometimes the market is far from the Moving Average and it reverses. Sometimes you can take a reversal trade.

An ii, consecutive inside bars, in a bear trend.

Often the final bear flag, which means you’ll soon get a reversal. And here we have a decent size bull bar closing on its high.

You could buy on a stop 1 tick above the high of that bar, and then get filled here. I’m going to talk more about these types of trades in Part 2 of this series of videos on scalping.

Now, this is a video on scalping, but most traders should swing trade and not scalp.

You need a positive Trader’s Equation, and by Trader’s Equation, what I mean is your percentage of winning trades times the size of your average win has to be greater than the percentage of your losing trades times the size of your average loss.You’re not going to be calculating that every time you put on a trade, but you have to be aware of it.

It’s difficult to structure a trade with a positive Trader’s Equation when you’re scalping because the reward is usually less than the risk, and therefore you need to win more than 70% of the time.

If you take that short, you hold onto the trade until the trade is no longer valid.

You have a credible buy signal here and you’d get out there. This is a small profit, but sometimes swing trades result in very big profits.

When you look at this chart, it looks like, “Gosh, it’s easy.”

I sell here, I exit with 2 points here or above this bar, and I’ll make money, and I just keep doing that all day long. This is 1 bar.

Every bar is 2 minutes.

This is just a few minutes later, and you’d make a pretty good profit. However, when you look at this chart, nothing’s moving.

This is a picture of the market, and a picture can be very different from your experience in real time.

For example, this really good-looking buy signal bar may have been a bear bar, and then in the final second, suddenly closed on its high.

And this bear bar closing on its low, may have been a doji bar with a close in the middle.

I’m highlighting perfect looking signal bars, but many of them only became perfect in the final second, and it then becomes too late to take the trade, so you’ll end up missing a lot of the very best trades.

Also, you sometimes have signal bars that are perfect until the final second, and then they become bad.

So the opposite happens, and you don’t have enough time to think that the market is no longer doing what you thought it will do.

For example, you might be looking to sell below the low of a bar.

The bar is closing on its low, and then in the final second, it closes several ticks above the low of the bar, and then you take the short and you end up taking a bad trade.

You did not have enough time to change your mind about what you were planning to do.

This is what it’s like when you’re looking at a chart at the end of the day.

A professional scalper, he’s going to enter with a stop order when he’s betting on a successful breakout, when he’s looking for a trend.

For example, we’re below the Moving Average. We have an ii. We have a bear bar closing on its low. The trader will sell with a stop below the low of that bar, betting that we’re going to go down quite a bit.

So he’s betting that the breakout below this bar will be successful, that the market will fall enough for him to make a profit.

But that doesn’t always happen.

When he’s buying with a stop, he’s expecting that the market will go far enough above the high of the bar – in other words, that the new trend will continue far enough – for him to be able to scalp out with a profit.

So he’s betting on a successful breakout. But not all breakouts are successful.

Sometimes a trader will expect a breakout not to go very far, and instead reverse.
In that case, he’s going to be entering with a limit order, which is the opposite of a stop order.

A stop order, you’re betting the trend will continue. You buy above this bar, betting we’re going to go up.

A limit order is betting that the breakout will fail, so you might sell at the high of this bar, betting that it’s not going to continue up and instead it’s going to reverse.

Limit order traders often have to use wide stops, and they also often scale in after their position.

So, for example, we have a good reversal up, a big enough bull surprise so that traders will expect at least a small second leg up.

And therefore, even though this is a credible sell signal, some traders, instead of selling with a stop below that low, looking for a trend down, will buy with a limit order at that low, betting that it will go only a little bit below the bar and then have a second leg up.

Or it’ll go lower, they can buy more, and then we’ll get the second leg up.

So, he’ll put a stop below the low of that bar, this line here.

He’ll buy with a limit order at the low of that bar and he’ll buy more lower, maybe 1 point lower, 2 points lower, 3 points, 4 points lower, betting that we’ll get a second leg up.

As I said, he’ll often buy more as the market goes against him.

Or he may hold part or all of his position, hoping that we begin a trend up.

Beginners should only be trading with stop orders and not scale in.

Most traders, in fact, should always be trading with stop orders and they should not be scaling in.

You want the market to be going in your direction. You’ll have a better chance of making money. 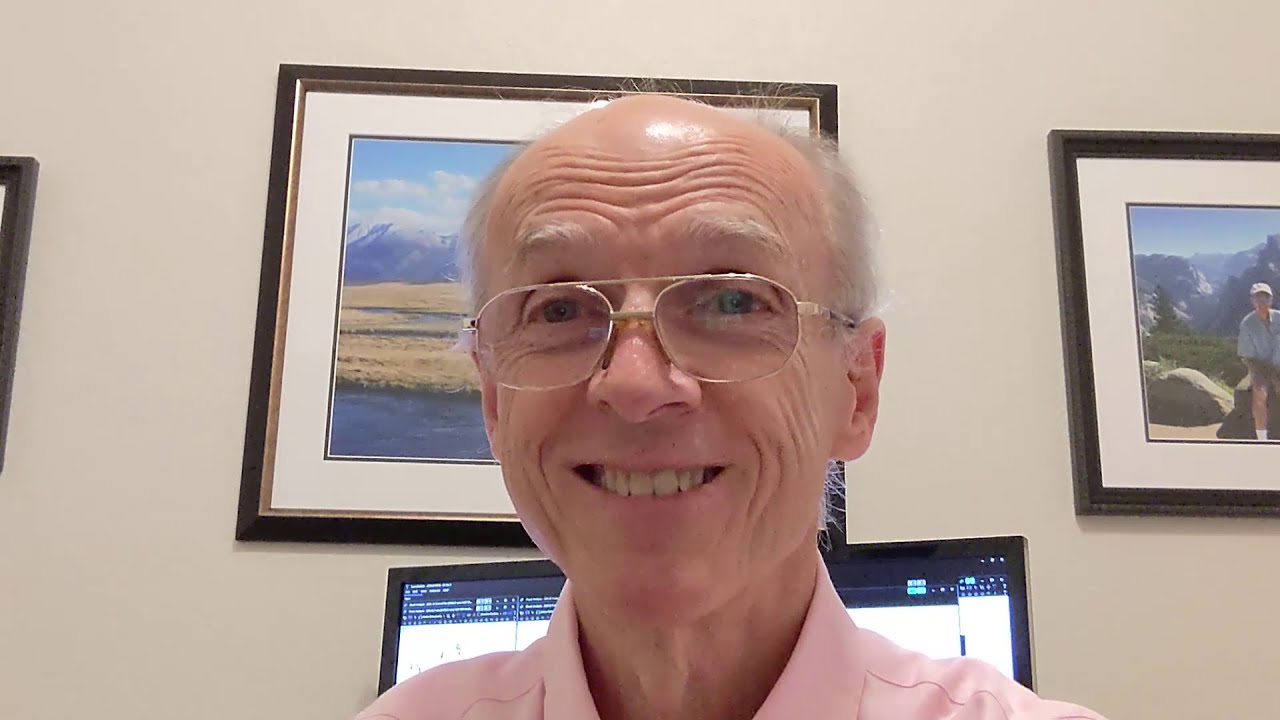 Example: you sell below that bear bar or you buy above this bull bar, looking for a reversal up. You will lose too much money with limit orders scaling in and using wide stops, even though professional scalpers often do that.

As a scalper, your reward is small relative to your risk. That means you have terrible risk/reward. Every trade has three variables: risk, reward, and probability.