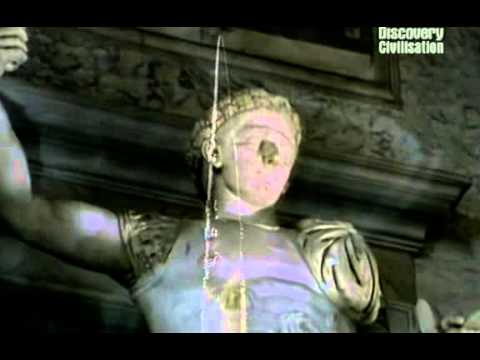 Did Hitler find the Spear of Destiny?

Resources and Other Links http://charlenecleoeiben.blogspot.com/2012/12/adolf-hitler-and-spear-of-destiny.html https://badarchaeology.wordpress.com/2012/12/30/the-spear-of-destiny-hitler-the-hapsburgs-and-the-holy-grail/ Read NextThe Book of Enoch for the Final GenerationSantos Bonacci on Astrotheology and SungazingHuman Origins from Sumerians, Annunaki, and NibiruThe History of the Anunnaki; Explains Why they cam…The History Of The DevilMesopotamia – The Sumerians

According to the Gospel of John (19:31-37) as Jesus hung on the Cross a Roman centurion, pierced His side with a spear. Blood and water spurted forth from the wound.

The mixture apparently splattered in Longinus’ face, restoring his vision, which had been failing.It was then he exclaimed, “Indeed, this was the Son of God!” as recorded in Mark 15:39.

The spear itself became a religious relic. The piercing was seen as proof of Jesus’ death and his subsequent resurrection. Over the centuries an object claimed to be this Holy Lance has passed through the hands of some of Europe’s most influential leaders, most recently Adolf Hitler.

A legend has arisen that “whosoever possesses this Holy Lance and understands the powers it serves, holds in his hand the destiny of the world for good or evil.”

When the armies of Nazi Germany crossed the border with Austria, it is claimed that Hitler arrived in Vienna just 2 days later, the very first thing he did was to go to the Hofburg museum to lay claim to what appeared to be a simple Roman spear head.

This spear head was something that Hitler had apparently coveted ever since he had first nurtured ambitions to become the ruler of a new German Reich.

Resources and Other Links

Sex The Secret Gate to Eden from the Gnostic Teach…
Santos Bonacci on Astrotheology and Sungazing
Mesopotamia – The Sumerians
The Book of Enoch for the Final Generation
GoingClear Alex Gibney Clears the World of Sciento…
Human Origins from Sumerians, Annunaki, and Nibiru
Prev Post Is This The Most Terrifying Bike Ride You’ve Ever Seen?
Next Post Ancient Oak Tree in Angel Oak Park