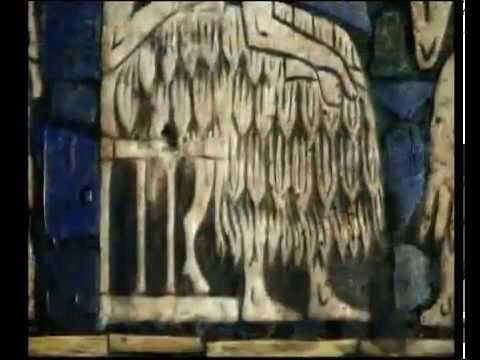 The Sumerians are thought to have formed the first human civilization in world history. Sumer was the birthplace of writing, the wheel, agriculture, the arch, the plow, irrigation and many other innovations. The Sumerians in southern Mesopotamia built city walls and temples and dug canals that were the world’s first engineering works.

The actual language of the Sumerians was superseded rather early by Akkadian … who was neither Jew nor Arab but a resident of the city of Ur in Mesopotamia. The god Ea (whose Sumerian equivalent was Enki) is one of the three most powerful gods in the Mesopotamian pantheon, along with Anu and Enlil.

The History Of The Devil
The Bible’s Buried Secrets
Sex The Secret Gate to Eden from the Gnostic Teach…
Did Hitler find the Spear of Destiny?
Going Clear Scientology and the Prison of Belief 2…
The Book of Enoch for the Final Generation
Prev Post Receiving Prosperity A Live Audience With Louise Hay
Next Post An Example Of An Orgasmic Childbirth