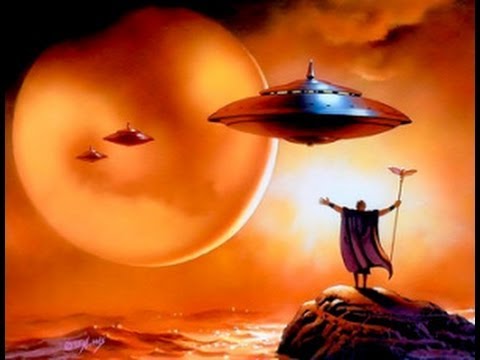 This huge period of time of thousands of years has caused most historians to reject its accuracy. However all the early rulers were allegedly gods — demi-gods or immortals.

The Anunnaki (Sumerian: “those who came down from the heavens”; Old testament Hebrew, Anakeim, Nefilim, Elohim; Egyptian: Neter), an advanced civilization from the tenth planet in our solar system, landed in the Persian gulf area around 432,000 years ago, colonized the planet, with the purpose of obtaining large quantities of gold.

The documents discovered tell that 250,000 years ago their lower echelon miners rebelled against the conditions in the mines and the Anunnaki directorate decided to create a creature to take their place. An interpretation of that documents is that Enki, their chief scientist and Ninhursag their chief medical officer, after getting no satisfactory results splicing animal and Homo Erectus genes, merged their Anunnaki genes with that of Homo Erectus and produced us, Homo Sapiens, a genetically bicameral species, for their purposes as slaves.

Because we were a hybrid, we could not procreate. The demand for us as workers became greater and we were genetically manipulated to reproduce. Humans became so numerous that some of us were expelled from the Anunnaki city centers, gradually spreading over the planet. Having become a stable genetic stock and developing more intelligence then the Anunnaki had anticipated, the Anunnaki began to be attracted to humans as sexual partners and children were born of these unions.

This was unacceptable to the majority of the Anunnaki high council and it was decided to wipe out the human population through a flood that occured when Nibiru, the tenth in our solar system and the Anunnaki home planet, came through the inner solar system again (around 12,500 years ago) on one of its periodic 3600 year returns. Some humans were saved by the action of the Anunnaki official, Enki, who was sympathetic to the humans he had originally genetically created.

For thousands of years, we were their slaves, their workers, their servants, and their soldiers in their political battles among themselves. The Anunnaki used us in the construction of their palaces (we retroproject the religious notion of temple on these now), their cities, their mining and refining complexes and their astronomical installations on all the continents.

They expanded from Mesopotamia to Egypt to India to South and Central America and the stamp of their presence can be found in the farthest reaches of the planet. Around 6000 years ago, the Anunnaki left humans to become independent.

Sumer, a human civilization, amazing in its “sudden”, mature, and highly advanced character was set up under their tutelage in Mesopotamia. Human kings were inaugurated as go-betweens, foremen of the human populations answering to the Anunnaki.

A strain of humans, genetically enhanced with more Anunnaki genes, a bloodline of rulers in a tradition of “servants of the people” was initiated. These chosen humans were taught technology, mathematics, astronomy, advanced crafts and the ways of advanced civilized society.

Secrets Of The Quran
Mesopotamia – The Sumerians
The History Of The Devil
Did Hitler find the Spear of Destiny?
Sex The Secret Gate to Eden from the Gnostic Teach…
Going Clear Scientology and the Prison of Belief 2…
Prev Post Inside Job The Biggest Bank Heist Ever
Next Post Buy Bitcoins From CoinMama With Credit Card & Get a 5% Discount